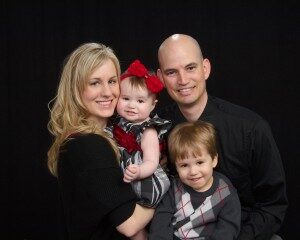 So, if it is so important for me to know all about you, then it is only fair that you know about me. First, my name is Andrew Leone and I am an attorney in the law firm Leone Legal, PA. I am originally from South Florida and lived there until I was 19 years old. I lived with my father, mother and older brother. I grew up a huge sports fan, especially baseball. My father and I have attended hundreds of Marlins, Dolphins, Heat and Hurricane games together. I graduated high school and then went on to attend Florida International University in Miami. During my freshman year I was introduced to the National Student Exchange Program. Basically, in the program I was able to attend my sophomore year at one of over a hundred different colleges across the United States. I decided to apply for the program, was accepted, and next thing I know my mother and I were on a plane to Minneapolis to tour the campus of the University of Minnesota.

During that year at the University of Minnesota I made a lot a great friends, including the beautiful girl in the above picture, so I decided to stay there permanently and officially transferred. I went on to graduate and then attend Hamline University School of Law (HUSL). While at HUSL I participated in, and eventually became a Student Director, of the Innocence Clinic. This clinic receives many letters from inmates who were convicted of very serious crimes. These inmates claim that they were falsely convicted. In order to determine whether there was any way of getting their case reopened we had to evaluate each case by reviewing the old case files, traveling to the state prison to interview the inmate, and even visting the scene of the crime. This was a great learning experience and helped get me involved in the criminal justice system.

I also had the privilege of working part time at a small criminal defense law firm in Roseville. During this time I helped the attorney prepare for a murder trial involving a body that was found in the Mississippi River. I researched the law, read through all the discovery, and prepared Memorandums of Law for the attorney. This was also a very rewarding experience.

I had my first “real” courtroom experience while still in law school. I represented myself in a lawsuit against a major insurance company after a minor car accident (no one was hurt, just body damage to both cars). The magistrate ruled in my favor and I received a substantial payout from the insurance company.

After law school I got married and moved back to Florida, this time to Orlando. I started working at the State Attorney’s Office as a prosecutor. After a year I was promoted to DUI Specialist (solely prosecuting DUI cases – which is the same as DWI in Minnesota). Then, I was promoted to Domestic Violence Specialist, where every domestic related case came to me to review whether criminal charges would be filed, and if so I would then handle the case all the way through trial. Finally, I was promoted to the Sex Crimes/Child Abuse Unit, where I successfully prosecuted such serious cases as Capital Sexual Battery, Lewd and Lascivious Molestation, and Solicitation of a Minor via a Computer, just to name a few. I worked at the State Attorney’s Office for 6 1/2 years, was the lead prosecutor on thousands of cases, and conducted over 100 jury trials.

The two most important things that happened to me during my time as a prosecutor were the births of our son (2009) and daughter (2010). We always talked about someday moving back to Minnesota to raise our children, and that is what eventually happened. We moved to Chanhassen in January 2012 and I started Leone Legal, PA in March of 2012. Now I am able to take everything I learned as a prosecutor (not only the knowledge of the law, but also how to interact with numerous judges and lawyers) and use it for our clients’ best interest.

I hope you now feel as if you know me, at least a little bit. I look forward to speaking with you and getting to know you in the future. For now, I am excited about spending many afternoons with my family at Target Field cheering on the Twins.

Send Us a Message

I want to thank you for all your help with the OFP that was granted. You are a rare and kind person, and if it’s not against the rules of professionalism, I would like to let you know you are a blessing to me. Posted by an Order for Protection client ***This client review was…